Invasive Asian carp have regrettably populated much of the lower Missouri River over the last decade.  These fish were brought to North America for use in fish farms and soon escaped from the aquaculture facilities.  The carp have since found America’s big rivers to be ideal habitat. These large bodied fish compete for food with native species and have created concern surrounding the long term impact to large river ecosystems. 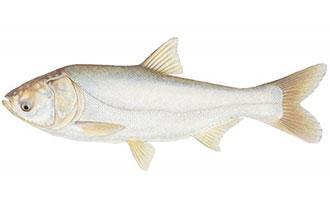 One variant of these invasive fish (the silver carp) have garnered significant media attention for their bad habit of leaping vigorously into the air when disturbed.  This is most often observed when a power boat travels at slower speeds in backwater tributaries of the river.  Specifically, the rumbling of an outboard engine seems to agitate the fish greatly. Such situations can create dramatic scenes with multiple fish leaping into the air in panic at the vibrations from a passing boat.  While there is no doubt that this has the potential to be a hazard to a kayaker, as these fish can be 1-2 feet long and weigh 10-20 lbs., this behavior is most often confined to slower water behind the wing dike structures or in the creeks feeding into the Missouri River where the carp congregate to feed.

Conversely, it is rare to see carp leaping in the faster flows of the main channel.  Prudence may dictate that kayakers show some caution when paddling in the slower waters behind wing dams or when being passed by a power boat.  Keep in mind that actual physical contact with paddlers by leaping fish is very uncommon and most days a paddler will not witness any jumping carp while on the river.  For more information the problem of invasive fish species you may want the review documents provided by the Missouri Department of Conservation on this subject.